Porkpie hats have woven a zig-zaggy path through sartorial history.  I imagine Walter White's villainous alter-ego Heisenberg would be startled to hear that Pork pie hats were first worn by American and British ladies in the 1830's. Demure little round hats with narrow, sometimes curled-up brims and short flat crowns, Porkpies were often festooned with a small feather or a bow on one side. The name Porkpie derives from the shape and crease of the crown which bore a likeness to the Melton Mowbray pork pie, a pastry created in Leicestershire around 1760, when fox hunters, looking for a fast-food solution while on the hoof, were plied by local bakers with this chubby pie whose top was cleverly crimped to prevent leakage.

In the late 1880’s, the Porkpie was then picked up by the British man-about-town. While it eventually fell out of fashion, it popped back onto the scene in the U.S. in the 20’s, when Buster Keaton began sporting his unique versions which he himself  ‘chopped’ from Stetsons starched with sugar water. Apparently creating over 1000 such toppers during his lifetime, Keaton chose Stetsons since they were then a cheaper brand and more readily sacrificed to the gods of cinema during Keaton’s daring onscreen antics.

"Arguably the heyday of the pork pie hat occurred during the Great Depression. In this incarnation, the Porkpie regained its snap brim and increased slightly in height… Among famous wearers of the Porkpie during this era are Frank Lloyd Wright, whose pork pie hat had a very wide brim and rather tall crown.” (Wikipedia) 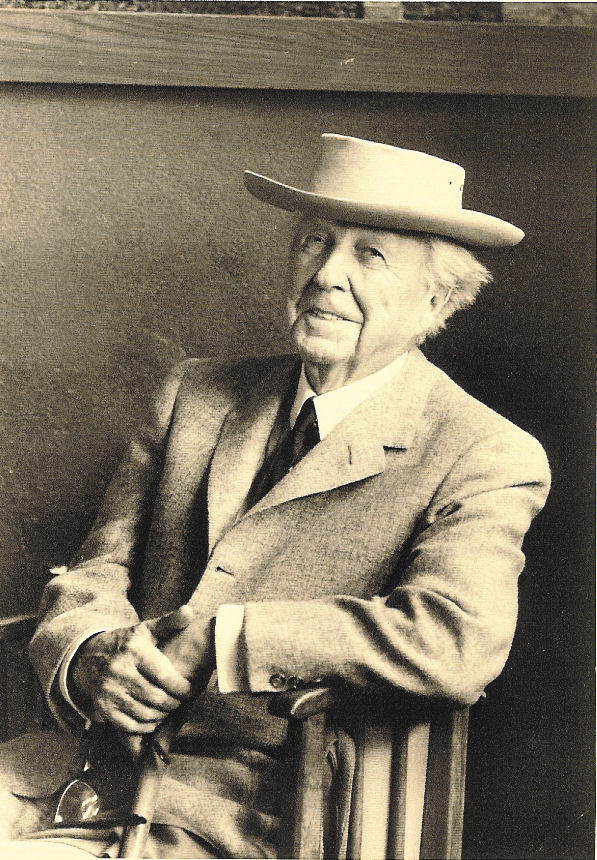 And then there was Lester Young, the great sax player and subject of this month's playlist "Goodbye Porkpie Hat", a tribute from his friend Charles Mingus. Young’s Porkpie had a broader brim, like Wright’s, but retained the definitive short, flat, creased crown.

“In African American culture in the 1940s the pork pie—flashy, feathered, color-coordinated—became associated with the zoot suit. By 1944 the hat was even prevalent in New Guinea.” (Wikipedia) 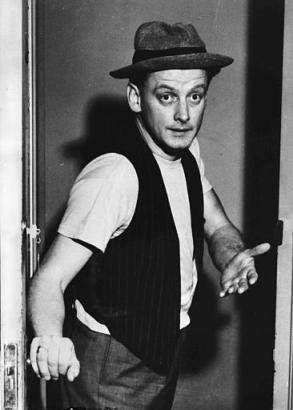 And then of course there was Art Carney as Ed Norton in The Honeymooners. A Porkpie was the perfect expression for this snide wiseacre.

Then in the sixites, the hat wound its way to Jamaica, where it was popularized by the "rude boy" subculture who then brought it back to the UK, where it surfaced in trendy ska and dub circles. (Enjoy the ska version of Porkpie Hat by Mr. T-Bone in our current playlist.) 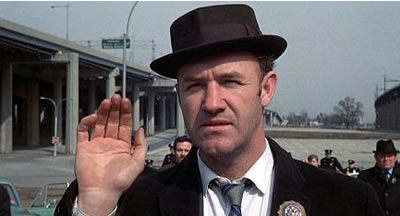 Gene Hackman's character Jimmy "Popeye" Doyle wore a Porkpie in The French Connection. “Doyle was based on real-life policeman Eddie Egan, who was famous all his life for wearing a pork pie hat, which he refused to surrender to Hackman to wear in the film… At about the same time, Robert De Niro wore a pork pie hat in Mean Streets (in fact the same hat he wore when he auditioned for the film.)

I’m not sure how I feel about the lighthearted Porkpie now gathering about it the malefic gloom of Heisenberg… However, doing research on some of the musicians covering Goodbye Porkpie Hat, I discovered that the phenom bass player Marcus Miller has a signature Porkpie too!

Editor's Book Out Now on Amazon!

Where Do We Go From Here?

Can Technology Save Us? Huh?